Microsoft recently began releasing a series of free video tutorials for Microsoft Visio 2010. The videos are hosted by three notable Visio experts (or "MVPs" as Microsoft calls them): Scott Helmers, David Parker, and Chris Roth. Chris is also the author of Using Microsoft Visio 2010, an excellent introduction to the new features of Visio 2010 (and Visio in general).

Currently, only the first five of the 24 tutorials have been released. Unfortunately, Microsoft has stuck to a glacial release schedule of one tutorial per week; the last of the series is set to be published in mid-June. The videos average around six or seven minutes apiece and are available for direct download. Given their length one would think embedded Flash video would be a preferable medium, but at least this way they can easily be archived for later reference. 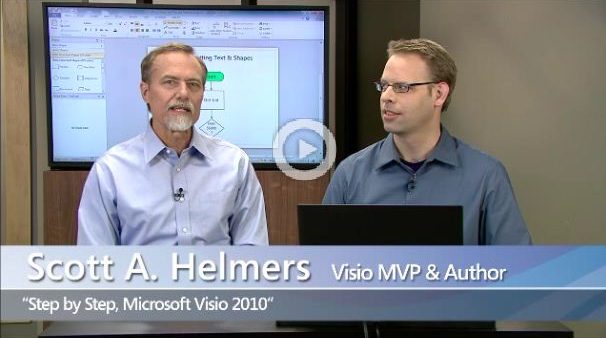 Thanks for the information. I was wondering when they were going to release the rest of the videos!

The videos are being released one a week and the schedule and topics are now posted. Right now, we have fourteen videos released.

Along with Chris, both Scott and David are also authors of Visio books.