I've often wondered how networking equipment manufactures set about testing the throughput of their gear under various conditions. Today on cisco-nsp someone referenced this analysis (PDF link) of a Catalyst 6509 with a Sup720 and eight WS-X6704-10GE modules. That's a total of 32 10Gig Ethernet interfaces. 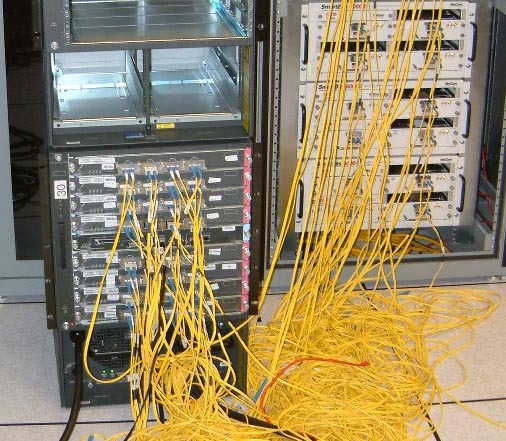 The evaluation was conducted by the European Advanced Networking Test Center, and the strategies they used provide great insight to the inner-workings of the 6500 platform. Overall the 6500 performed exceptionally, but what really interests me is the gear and logic used to stress performance. The equipment used in this instance was a cluster of Spirent SmartBits traffic analyzers. Not exactly cheap, but still very cool.

You know, if they install VSS1440 and a second chassis they could double it.