With apologies to Kevin Mitnick 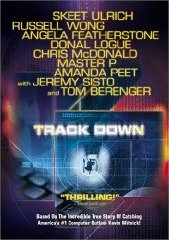 To fragment the monotony of watching Internetwork Expert's class on demand series, I opted to revisit an old favorite movie: Takedown. Produced back in 2000, Takedown is a little known film which fell victim to a tragic controversy concerning its purported basis. Adapted from a book of the same name, the film claims to document the story of real-life hacker Kevin Mitnick's evasion of and eventual capture by the FBI.

But it doesn't. The script maintains little (if any) accuracy in capturing Mitnick's ordeal, but that doesn't necessarily mean it's a bad story. Indeed, if you make a mental note to substitute the name Kevin Mitnick with Joe Hackerguy and Tsutomu Shimomura (a rival character) with perhaps Ricky McDouchebag, you can appreciate the plot for its own sake.

Takedown illustrates some very bold instances of social engineering, but my favorite aspect of the film is its sense of realism (apart from the Mitnick thing). Put aside the flashy graphics added for the benefit of a computer-illiterate audience, and just about every hack and con is considerably plausible. Pay close attention and you'll even spot some real-life utilities on screen. Try to find that in any other "hacker" movie out there.

Due to the controversy at the time of Takedown's production, it wasn't released in the US until more recently, under the title "Track Down" (hence the DVD cover pictured). Note that neither of these titles is in any way related to the movie Hackers, with which they are commonly associated. Although you can probably pick up the official US version for a couple bucks, you'll have to look elsewhere for the original.

Some stills from the movie: 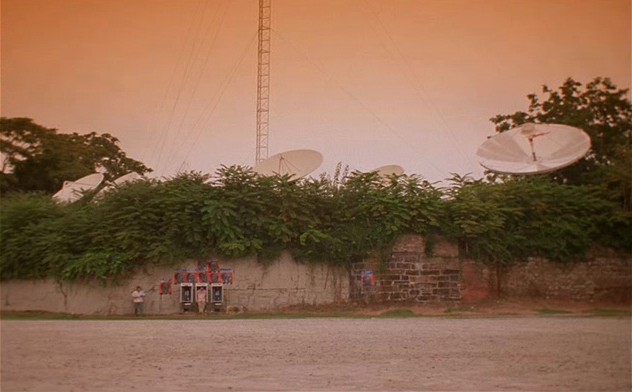 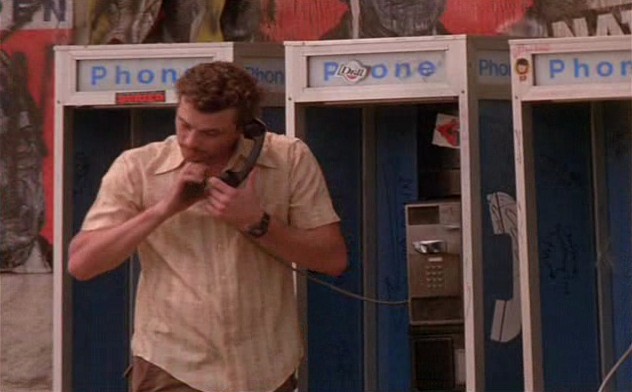 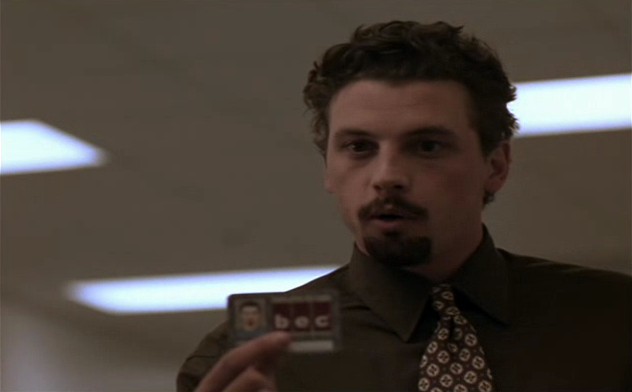